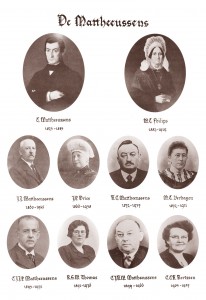 The founder of the current Mattheeussens-Wido B.V., Cornelis Mattheeussens, was born in Ossendrecht on 31 December 1823. Cornelis started in 1850 in the ast of his father with the purchase, drying and trading of green chicory. In 1853 he built a new dryer on the lands of his father. During this period contact was made with the attorney in The Hague living in Ossendrecht, the well-born lord Willem Petrus Cornelis Kneyse de Mey. He decided to build a chicory factory on his land, next to the stables of Cornelis, which was realised in 1854. This is the beginning of the cooperation in the chicory production, under the name ‘Het Roode Anker’. The trade is going well and in 1856, on the lands of Cornelis, after demolishing his father’s old house, the construction of a new extension began next to the the factory of mr. Kneyse de Mey. In 1864 a switch is made to steam-powered machines. In 1873, mr. Kneyse de Mey is bought out by Cornelis. In 1883 Cornelis dies at the age of 60, leaving a difficult period for his widow, Maria Catharina Philips, and their ten (mostly minor) children, with the factory, hatchery, trade and everything that comes with it. From this time on, the factory is known under the name Wed. C. Mattheeussens & Zonen, with which the name Wed. C. Mattheeussen became well-known through all official and promotional items. After Wed. C. Mattheeussens retired in 1896 her sons Sjef and his younger brother Antoon became the directors. The First World War (1914-1918) affected strongly the trade with Belgium, due to scarcity of carrots, but extra coffee-taking because of the refugees and the raging war in the rest of Europe. In this turbulent time there would have been supply from South America and South Africa. These trading patterns did not continue because of the high import duties and the lower quality. In the years 1917 to 1920 the chicory factories are operating at full speed.

In the 1920s, a number of major changes were implemented. In 1922 the switch from 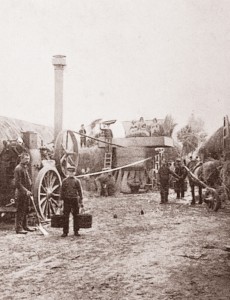 steam to electricity took place and in 1925 the name was changed to N.V. Factory of Consumables ‘Het Roode Anker’. Charel and Cornelius Mattheeussens, the sons of Sjef and Antoon, become the new directors and thus represent the third generation. As a result of the coffee production in Belgium and an increase in import duties, exports to Belgium are stagnating. However, the directors of ‘Het Roode Anker’ switch to by-products at the right time. In 1926 the mustard factory of Westerlaken from ‘s-Hertogenbosch was taken over. Later, the farm is also re-used for growing silverskin onions. However, due to the high demand, the harvest and production were not sufficient. An new product is added to the offer:piccalilly and the whole was marketed under the legally registered trademark ‘Het Roode Anker’. An advertisement was: ‘Mustard and pickels are so nice, they will be Mattheeussens’.

In 1930 the 80th anniversary was celebrated, but this period of economic crisis between 1929 and 1940 was a period of survival. The demand for cheap coffee was certain, but the falling prices, increased import duties in Belgium, unemployment, etc. create a competitive struggle for the coffee sales. Mattheeussens is one of the few manufacturers that has survived this period.

The Second World War (1940-1945) provides a revival in the chicory industry, because the supply from abroad stops and the German occupiers buy all the available coffee, The factory is running at full speed. Production will soon return after the war. In 1950, only 400 ha in the Netherlands. carrots grown, while in Belgium at that time 2,380 ha. is. Three years later, however, there would be only 770 ha in Belgium. to be rebuilt.

In 1950 the 100th anniversary of N.V. Mattheeussens is celebrated. The first day there is a reception for the business relations at hotel ‘De Draak’ in Bergen op Zoom. The second day a reception in Ossendrecht for the staff and residents of Ossendrecht, many of whom work from one family at N.V. Mattheeussens, or ‘The coffee or mustard factory’ as it was popularly called. 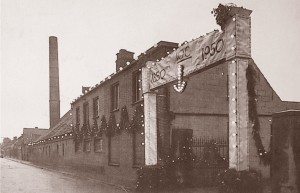 On 1 August 1966 Raymond (Mon) Mattheussens became director, after the death of his father Cornelius Mattheeussens. Not long after this the decision is taken to enter into a takeover / merger with the firm Wim den Ouden from Hendrik-Ido-Ambacht, one of the canning factories, specialized in acid products, where for many years trade was driven to meet the demand of to satisfy acidity. In August 1968, the last pots of silver onions were produced in Hendrik-Ido-Ambacht and the last peek coffee in Ossendrecht was roasted. The machines move to Ossendrecht and also family Den Ouden settles in Ossendrecht and surrounding places. Mr. A. den Ouden became co-director from 28 December 1968 and the company name was changed to Mattheeussens-Wido N.V .. On 12 December 1972 the company name was changed to the current name Mattheeussens-Wido B.V. . In the following years, a lot of investment is being made in machines and buildings, which means that the workforce is rapidly reduced. On 1 June 1977, Mr. A. den Ouden back as director.

In 1991 the (old) front of the factory is demolished, where the burner of the steam boiler is immediately replaced and heavy and medium-heavy fuel oil is transferred to the much more environmentally friendly natural gas. This also removes the last part of the peek-off time. The years after 1990 are tough times for the acid manufacturers and many fellow companies are disappearing. 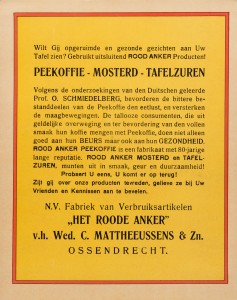 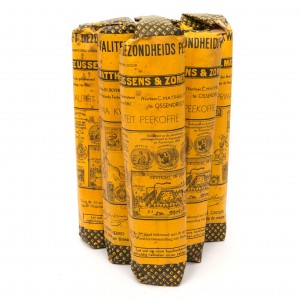 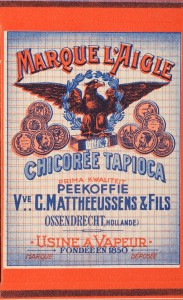 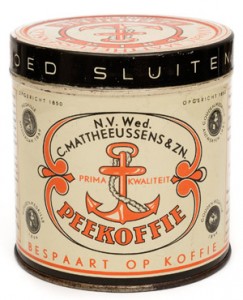 In July 28, 2006, Cees Mattheussens, son of Mon, becomes co-director, as a result of which the fourth and fifth generation now jointly implement the policy.

Due to many and large investments over the years in both buildings and machines, there is now an extremely modern factory that is ready for the coming years. An impressive customer base has been built up with several leading supermarkets in Europe and beyond.

We are proud of the rich history of our company and what we have achieved. We have stood the test of time so far and can rightly say that we are a typically Dutch family business.